I know what you’re thinking. You think you need more qualifications.

“I have to have more paid speaking gigs under my belt”

“I’m waiting for my book to be published”

It’s all a lie, frankly. You’re good enough for a TED Talk just the way you are. You might want to wait because of a personal preference, but there’s no hard and fast rule about how many Twitter followers you need first. 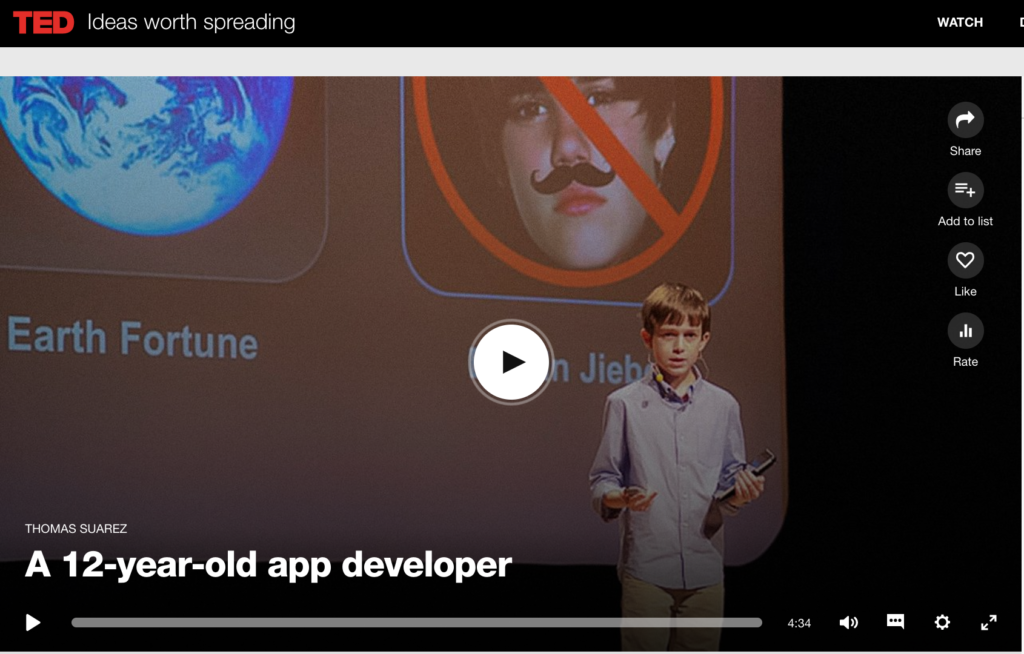 Do you think the 4.5 million people who have watched this 12-year-old’s TED Talk care that he’s not Mark Zuckerberg? He’s 12. He’s obviously not an experienced app developer nor an experienced speaker.

Think you need to have done a certain number of speaking gigs first? Here’s what the TED website says about the qualifications or speaking experience you need: 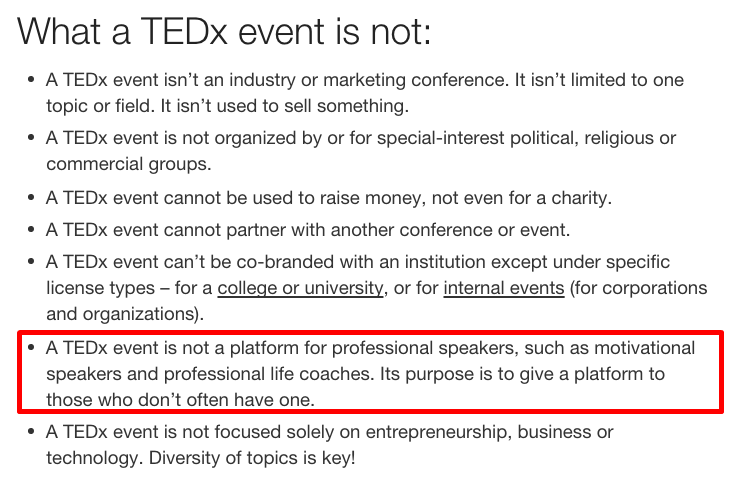 All of these things are little lies that have been told to you. In reality, you’re more ready for a TED Talk than you think.

Rather than putting pressure on yourself to be the perfect speaker, focus on preparing a great idea that’s tested with the audience long before you step on stage. Doing so takes the pressure off. After all, TED’s motto is “Ideas Worth Spreading” for a reason.

Know someone that needs encouragement to do a TED Talk? Share this article with them.