Disclaimer: Each of these people provided massive commitment to deeply impacting the world from a TEDx stage, they were coachable, and they took decisive fast action even though they were busy professionals and entrepreneurs. In other words, extraordinary results are only first possible with people who are willing to be extraordinary.  I cannot help EVERYONE land a TEDx talk (click here to see if you’re ready)

If you’re already committed to being a TEDx speaker and you’d love to be the next testimonial here, you can book a strategy call with me here.

Here are some of their stories…

Connie initially felt like becoming a TEDx speaker was something she’d be ready for “later”. She had an idea of what she wanted to share, but didn’t have 100% certainty that it was TEDx ready yet.

But, using framework I coached her through, she began to see that she could really “do it”. That there WAS a way to craft a message that she knew people love. Using my pitching framework she applied for 2 TEDx events. Even though each got 200+ applicants she was shortlisted for both, and was invited to speak at TEDxDayton (her talk was in early October, and will be online soon).

"There is no such thing as 'not a math person.'" Connie Vaughn • Math Person | #TEDxDayton2019

“I know for a fact that the organizers of TEDxRioDeLaPlata would never select me…They are only looking for engineers and scientists…They’re anti-business” – Leo Piccioli (business author and speaker), Feb 6, 2016

He had good reason to doubt as well – Leo had applied to TEDxRioDeLaPlata 3 years prior and didn’t even get short listed. He even had the organizers tell him they were just looking for more technical people.

But then, at TEDxRioDeLaPlata (the same event he knew he couldn’t get in to) , Leo delivered his TEDx talk to a 10,000 person live audience on both Oct 23 and 24 2019 at one of the largest TEDx events in the world. 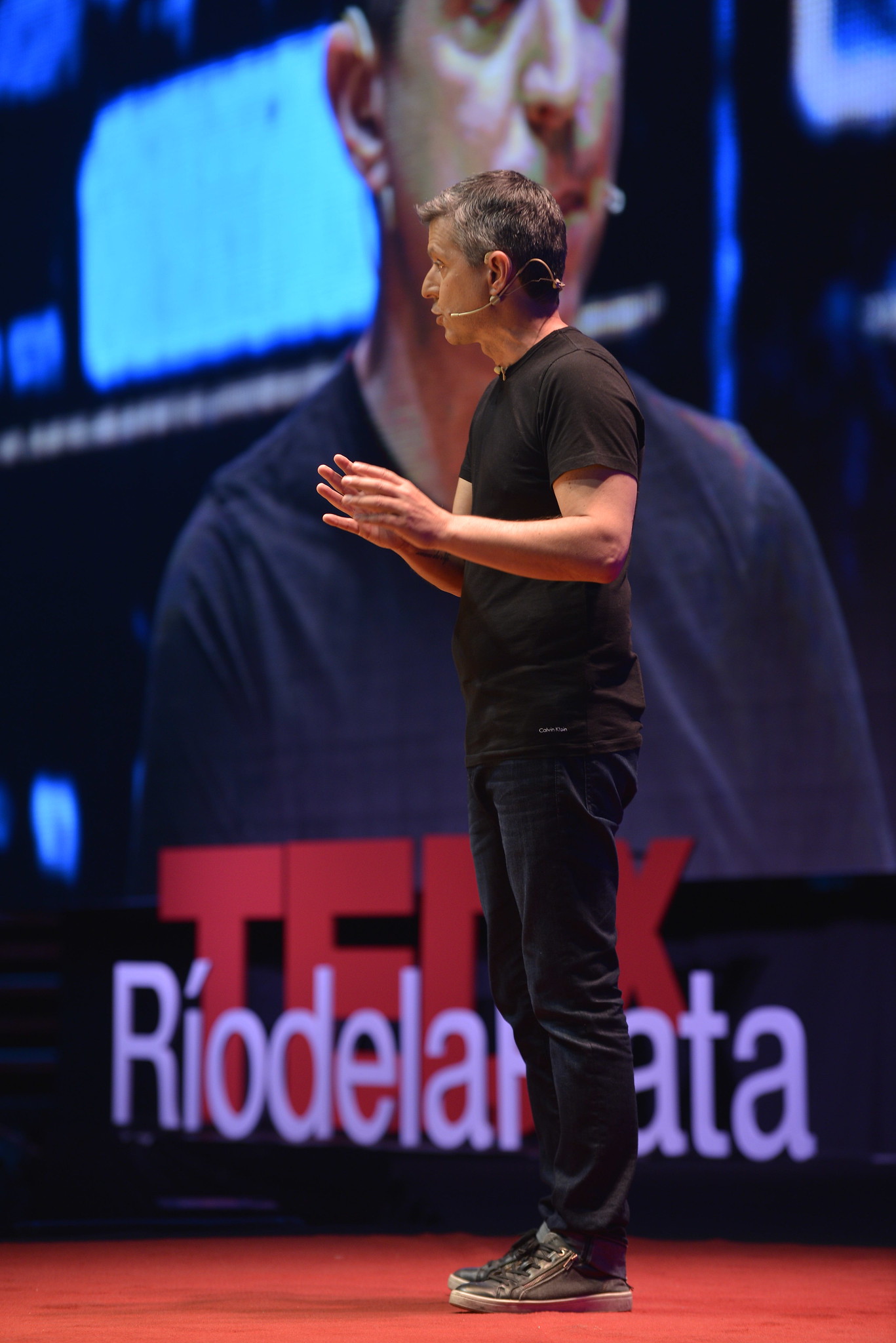 (look at the size of the room!)

John (a business coach and author) had been invited to be a TEDx speaker, but after reading my emails and blog posts about some lower-quality events, decided that the event he was invited to was below his standards, so he turned them down.

A matter of weeks after working with me, he was invited to speak at TEDxOakland

Zach (a piano teacher/YouTuber) initially thought TEDx was something that “just happens”. Until he found my site, he had no idea it was something you could intentionally go GET.

7 weeks after starting work with me, he was booked as a speaker at TEDxOshkosh

Jill’s talk had grown to 200,000 views but had started to plateau. She had hired a website marketing expert/social media guru, and an agent, but was still stuck. She wanted to grow the audience for her talk so that book publishers would accept her book proposal.

After implementing some automatic video marketing systems I helped her through, it has now grown to more than 630,000 views (outperforming 99% of TEDx Talks). Today, Jill’s talk is growing on its own (eg: without being actively promoted by Jill). Jill also got a book deal. UPDATE: Jill’s talk is now just over 1.6mm views.

After I helped Roger craft a marketing strategy for his talk it reached 1.5mm views in 2016. UPDATE: As of Oct 2019, Roger’s talk is now just over 2.7mm views and continues to grow rapidly.

“In early 2016 I set a goal for myself to do a TED Talk. I looked around and saw that you could nominate yourself on TED.com, so I did and…crickets. I didn’t hear anything back.

I put out a couple applications to do a TEDx talk and I got rejected. I started wondering…is this the best use of my time? Is this even going to happen? You start allowing that kind of self-talk and those fears to creep in. It starts to take over. I got pretty discouraged.

After following Ryan’s steps, I found out that pretty much anyone with a great idea could do a TEDx talk. I followed the system and booked had a TEDx Talk in only 2 months at TEDxRapidCity(!!) After trying on my own for almost a year and a half, I got some help and finally landed a TEDx talk. I’m on cloud 9. I’m even taking my family with me!

The theme for this talk couldn’t have worked out any better. I have an event with a theme that I’m passionate about and for me that matters. I’m bringing more energy and connection to this event. I’m more psyched about it. I’ve been waiting to get this idea out into the world for the past year. Now it’s on the doorstep!” -Aaron Hunnel (invited to do a TEDx talk at TEDxRapidCity)

“Today, I got invited to speak at TEDxEvansStreet”

“Ryan’s material helped me figure out how to focus my answers on the application form as well as narrow down my topic. Today, I got invited to speak at TEDxEvansStreet!” – Jennifer Arvin Furlong

“I thought I would have had to accomplish something bigger, or I have a bigger platform”

“I guess I thought I would have had to accomplish something bigger, or I have a bigger platform to do a TEDx talk.

It didn’t dawn on me until I started seeing friends of mine do TEDx talks and I thought…maybe I’m closer than I think, but I was still sort of sitting around waiting. I didn’t know what to do. I used Ryan’s material, and this morning I found out I was invited to speak at TEDxChathamKent!!!!”

“My progress is very slow. BUT, very impactful. I’m taking each question and working it….I genuinely believe it will continue to help me find my voice.”

“Every time I work on this stuff it leads me in a new direction. As I began to think of my unique story I realized that my entire “brand” was off. So, I hired a new marketing team and began a three-month process of reworking everything. New website, new logo, new videos new everything. It should be live within a couple of weeks. In the process of doing all of that, I started to feel more confident on what my voice actually is. I am beginning to create content for leadership development programs.

This was all stemmed from my first hour or two working on the questions in your program. What I can say is my progress is very slow. BUT, very impactful. I’m taking each question and working it. I will continue working through all of it and I genuinely believe it will continue to help me find my voice.” – Cynthia Corsetti, Leadership Coach

Ready to apply to TEDx events?