With so many great ideas being shared on the TED or TEDx stages, how do you really know if YOUR idea is good enough? And how do you find the most compelling version of your idea in the first place?

The way I see it, you’ve got a few options:

The “Nod and Shrug” Test

When I was a kid, my Mum would nag me all the time to sit up straight. Literally every single day. She was right, but I would still slouch. My posture is still pretty bad today. No sane person would argue that you should slouch, but we all do it anyway.

If someone came up to you and was a back pain researcher and said “listen, I’ve got some important advice for you…you shouldn’t slouch”, chances are, you’d nod, shrug a little, and think something like, “yeah, heard that before” and continue on your journey to a pathetic posture in your later years. 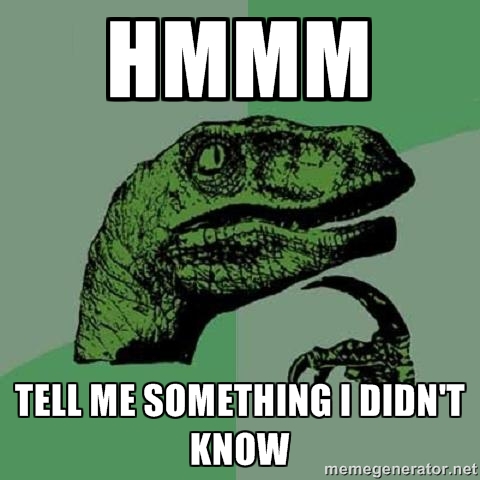 Why does this happen?

Our brains get tons of information coming in every second. To keep us sane we filter out things that we perceive to be unimportant, not new, or irrelevant. These things may be really important in the longer term (like sitting up straight), but because we’ve heard them so many times our brain ignores them in favor of the new and shiny. 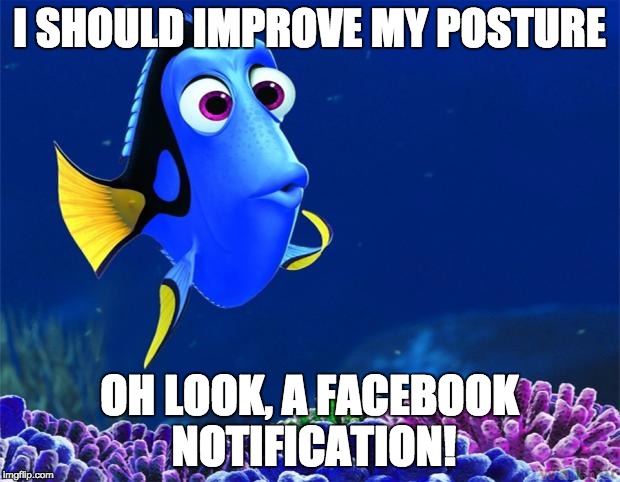 You see, when people hear a good idea that they already know, they’re likely to nod and shrug, and dismiss it as “well, got that filed away in my brain already, no need to listen”. Here are some examples:

While these are all things we should be paying attention to, they don’t really make you think “oh really?? I had no idea, how fascinating!” do they?

That’s because of the “Nod and Shrug Effect”. We hear an idea, think “yup, I know that already, go it”, and our brains filter it out because it’s not important information — we already have that little tidbit filed away somewhere in our brains right next to “chocolate is tasty”. We have better things to do with our time, after all, and our brains are very good at filtering out information we don’t perceive to be new. For example, how have your toes been feeling for the past hour? Information, sure, but until something changes, we don’t notice.

Does your idea pass the “Nod and Shrug” test? If not, what’s a new angle on this common idea? The next 2 tests use the power (and expertise) of other people to help you find this.

The next time you’re at a party and someone asks “what do you do?”, simply answer with your TEDx idea:

“Well, I research linguistics at the University of Toronto, and we’ve actually discovered recently that left-handed people find it easier to understand some languages because of the shape of the letters in the language’s alphabet” (NOTE: totally made-up idea)

If they reply inquisitively (“that’s so cool! So if someone learns Chinese, will they be more likely to be ambidextrous?”), you’re on the right track. They may continue the conversation and mention a related book they read recently, related subject/blog etc. This is all great news, and gives you plenty of research fodder for developing your talk further.

Some ideas will be met with a pretty dry response, or something like “oh that’s neat, I’m an accountant…so do you do any travel?”. This doesn’t necessarily mean your idea is terrible, just that it needs to be reframed or tweaked to be more interesting. You’re looking for is for people to express interest and dig deeper beyond what you’d normally expect.

One potential positive side-effect of the party test — you may just get a referral to speak at a TEDx event (like one of our speakers did, a full year after meeting one of my friends at a party).

Imagine the headline “Exclusive interview: entrepreneur makes $100k a year because he built a great team and started a business, even though the future was uncertain”.

Not too thrilling is it? It’s not likely to make it in the news (maybe The Onion?), nor is it likely to be very compelling as a TEDx talk. The reason? There are LOTS of stories like this. There’s nothing new. This idea has already been spread pretty well.

TEDx is a media platform, if you’d believe it. It’s the same industry as the Huffington Post, CNN, and Gawker. It’s in the business of taking information, deciding which of it are things people would want to hear, and amplifying their message.

A great way to test if your TEDx idea is worthy is to run The Media Test — pitch it to media, whichever media outlet is most relevant. It could be Business Insider, or the Huffington Post, or Wired or your local newspaper. If you can get it in there, great! You’re well on your way to a winning TEDx talk. If you can’t, the reasons why may be telling of what you need to fix about your idea.

As a bonus result of The Media Test – media coverage adds credibility and also makes it more likely that you’ll be found by TEDx organisers. They read the news too after all.

So there you have it. 3 specific tests to run on your idea to make sure it’s great for a TEDx talk.

What happened when you ran each of these tests above, and how did you tweak your idea as a result? Are there any other ways you’ve been testing your idea to determine how interesting it is?

Please log in again. The login page will open in a new tab. After logging in you can close it and return to this page.